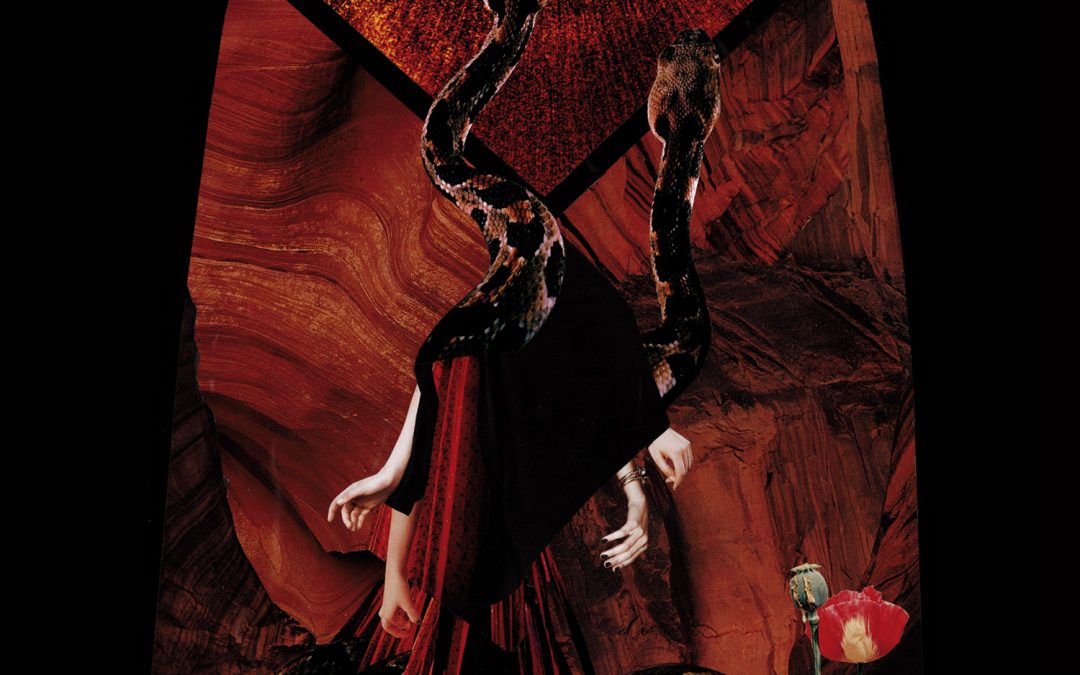 Once in the ranks of the Finnish cult death metal acts Slugathor and Nerlich, over the years Jarno Nurmi has always taken a low profile. Many know him for being half of the Desecresy’s line-up and a live member of Cosmic Church, but Nurmi is also active with SERPENT ASCENDING, the torchbearer of his peculiar death metal vision and occult concept. Nurmi gave birth to SERPENT ASCENDING in 2008, debuting 3 years later on I, Voidhanger Records with The Enigma Unsettled, a collection of demos that drew attention to the band’s traditional yet unconventional style.

SERPENT ASCENDING‘s first full-length album, Aṇaṅku is even more awe-inspiring. Rooted in the glorious old days of satanic death metal, it’s not imprisoned in stale clichés and doesn’t fall victim of abused canons. On the contrary, the album finds an original expressing way by weaving cavernous sounds and hallucinatory melodies together. Nurmi’s profound growls and twisted choirs contribute to the ritualistic atmosphere that permeates the tracks, where hazy guitars grimly hover over a primitive drumming that provides an incessant, hypnotic thrust. The songs are short and to the point, but their apparent simplicity hides a very effective work on arrangements and instrumental dialogues; so much that each track looks like a sonic sigil, a true act of magick perfectly crafted and executed.

Aṇaṅku is a mesmerizing slab of death metal, fascinatingly shrouded in mystery and occultism. Hidden in the dark for years, it’s now time for SERPENT ASCENDING to show its pronged tongue once again, and to fill our chalices with venom.