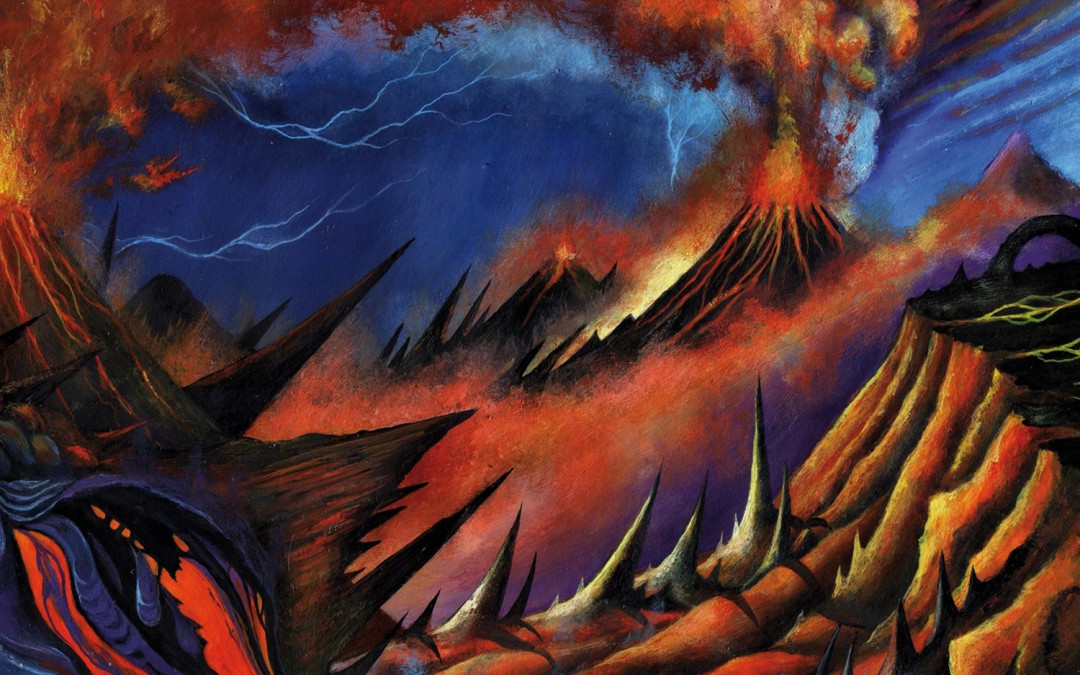 Hailing from Indiana, USA, and influenced by evolutionary anthropology and primitive myth, Ecferus explores the psyche of early humans through a vehicle of exciting and unpredictable atmospheric black metal. Producing four releases in under a year, Ecferus’ sole member, Alp, has kept a prolific pace while exploring different musical approaches each time. With “Pangaea”, the band’s second full-length album, Alp employs an unusual writing method, intermittently using letter substitution methods to create the impression of a lost primitive language. “Pangaea” continues Alp’s musical evolution and represents a step up in composition and production skills while venturing into more progressive black metal territory.

Wrapped in a colourful cover commissioned to Romania’s Luciana Nedelea – Artworks, “Pangaea” uses a mythological point-of-view to tell the story of a planet at war with its occupants. The tortured main character, Pangaea, is ripped apart into separate continents by Earth so as to prevent the begetting of creatures with potential too powerful to be trusted. Acting out of spite, Pangaea nurtures humanity’s rise to power until their passive occupation mutates into indefensible planetary malice. Using wide dynamic shifts and changes in meter, with “Pangaea” Ecferus creates the musical equivalent of an accelerated planetary evolution, depicting the fury of the elements and an Earth painfully coming to life.

ECFERUS is Alp – all instruments and vocals