LÜÜP to release “Canticles Of The Holy Scythe” on December 8th 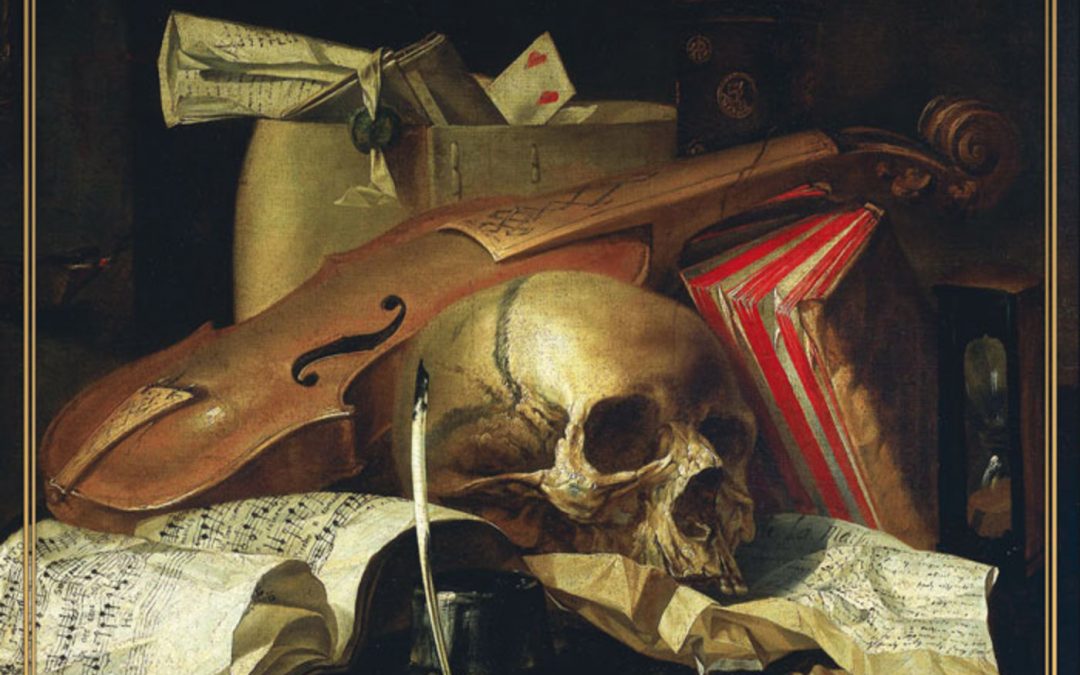 The project of Greek composer and multi-instrumentalist Stelios Romaliadis, Lüüp have a long history of excellence within the fields of chamber music, progressive folk and avant-garde. Voted by many as one of the best albums of 2011, their previous release “Meadow Rituals” captured on record the dark essence of British prog-folk. Six years later, LÜÜP are back with a new concept, a work of dark and ceremonial chamber music imbued with esoteric atmospheres and characterized by a black metal approach which reflects Stelios Romaliadis’ passion for the genre.
Aptly titled “Canticles of the Holy Scythe”, the album is a concept about Death through occult philosophy; a journey of understanding and reconciliation with Death as a symbol of renewal through self awareness and enlightenment. It’s a superb cultural pastiche where superstitions and folk traditions entwine with the secrets of Alchemy and the Kabbalah, with Aleister Crowley’s magick and with ancient invocations of cosmic deities and astrological energies.

LÜÜP’s chamber music is sombre, minimalistic yet elegant, often bordering on folk and ambient drone. It combines the aesthetics of black metal, Balkan folk polyphonic singing, the harmonic and rhythmic power of Igor Stravinsky and Bela Bartok, the micro-polyphony and developing stillness of György Ligeti & Giacinto Scelsi, and the dark music of Univers Zero and Art Zoyd.
Apart from the acoustic orchestration alternatively combining violas, cellos, bassoon, double bass, flute, woodwinds, piano, santouri and percussions, “Canticles of the Holy Scythe” is dominated by the intense performances of some amazing vocalists. The fascinating “witch” Sofia Sarri sounds truly possessed during the demonic incantations of “9°=2° (Κόγξ ὀμ Πὰξ)”, while the mournful, angelic timbres of Anna Linardou and Xenia Rodotheatou add religious emphasis to the most ethereal moments on the album.

However, it’s with the performances of two black metal celebrities that “Canticles of the Holy Scythe” reaches its climax: ROTTING CHRIST’s singer Sakis Tolis recites words of wisdom and illumination, infusing the drone crescendo of “The Greater Holy Assembly” with mystical furor, while Bjørn Aldrahn Dencker (URARV, THE DEATHTRIP, ex-DØDHEIMSGARD) gives voice to Death itself and delivers a spine-chilling theatrical performance throughout the mysterious “Stibium (Triumph of Death)”, wonderfully interlacing his pungent vocals with the enigmatic musical thread orchestrated by LÜÜP.