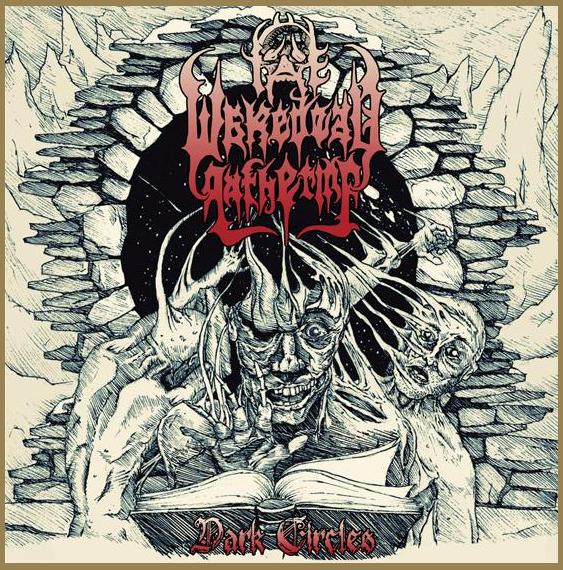 Based out of Cincinnati, Ohio, and comprised solely of Andrew Lampe, THE WAKEDED GATHERING have released the acclaimed debut album “Tenements Of Ephemera” in 2010 as a pro-printed CD-r limited to 100 copies, and later also as a tape co-produced by Dark Descent Records and Skeleton Plague Records.

While waiting for a definitive CD edition of “Tenements Of Ephemera” as well as for a new full-length album under the banner of I, Voidhanger Records, THE WAKEDEAD GATHERING vomit out a new 5-track EP of obscure Lovecraftian death metal aptly titled “Dark Circles”.

Now leave your mortal remains behind, enter the dark circle, and inhale the eclipse!