THE WAKEDEAD GATHERING “Fuscus: Strings of the Black Lyre” – CD out February 5th, 2016 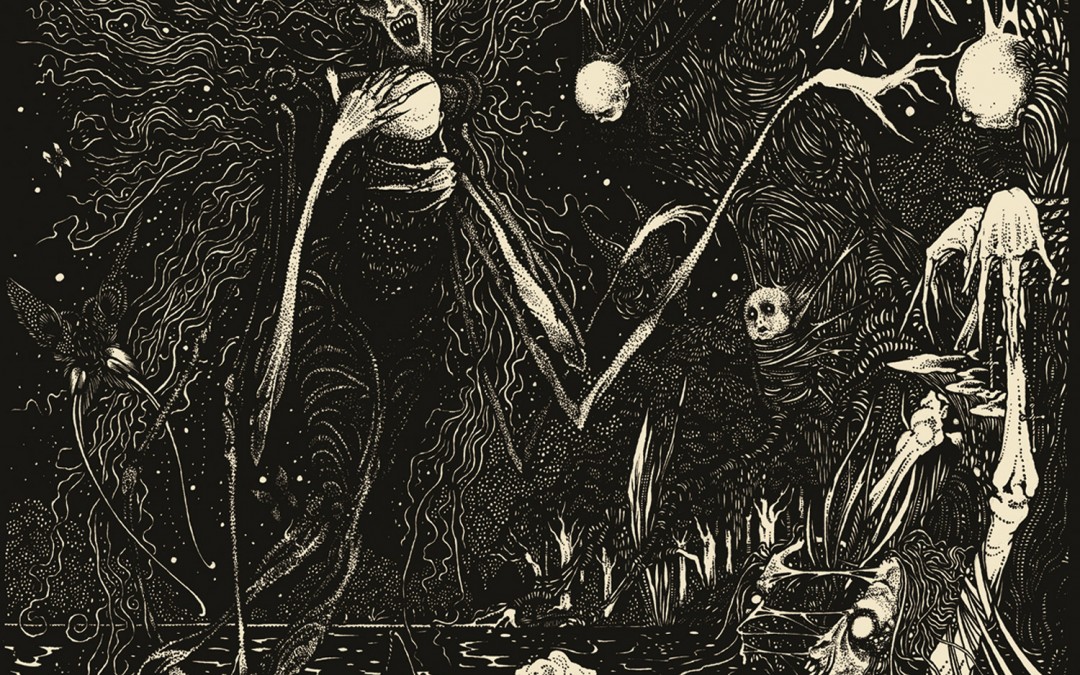 Deep in the primordial darkness of the swamp, the Great Grey Witch watches and waits for her time for revenge…

THE WAKEDEAD GATHERING’s third full-length album, “Fuscus: Strings of The Black Lyre” presents the story of a witch hunt that turns hunter into prey and the children of those so-called “righteous” perpetrators into something… not entirely human! Visually accompanied by the terrifying artwork of Karmazid, the sounds and screams on this album portray the anguish of victim and aggressor alike.

Although the lyrical contents could remind of King Diamond’s horror concepts, with “Fuscus: Strings of The Black Lyre” THE WAKEDEAD GATHERING continue on the usual path of dark death metal, veering from time to time into strange territories tinged with black metal (“Blood From The Earth”) and even funeral doom (the incipit of the album’s closing track, “An Ancient Tradition”). Tortured vocals and murky tones emanate from the swamp and out through the night air to invade the minds of those unfortunate enough to bear witness to the nightmare.
To those who would dismiss scientific inquiry in favor of dogmatic religious fanaticism, these tracks send a warning and a sense of dread that what you abused and left to rot may come back to destroy you…

THE WAKEDEAD GATHERING is A. Lampe – All instruments and voices