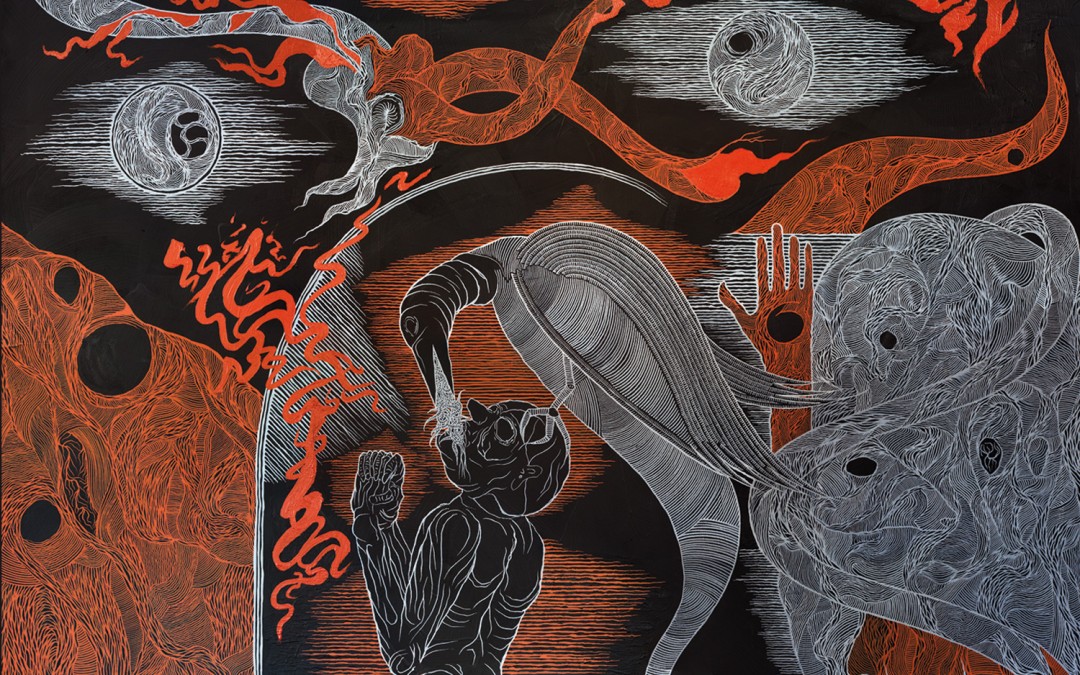 A German one-man project dealing with themes of emptiness, renunciation and the human condition in general, VOIDCRAEFT play black metal with great emphasis on crude, dissonant riffs that enhance the hypnotic nature of their twisted melodies. Their third and most refined full-length album – the first on I, Voidhanger Records – is called Ἕβελ and is certainly peculiar in that all its lyrics are written and sang in Biblical Hebrew and Koine Greek. The album was largely inspired by a literary endeavour in which VOIDCRAEFT read all of the New Testament and the Hebrew Bible. “The ordeal lasted for seven months,” the band’s sole member recalls. “Since I have a keen interest in foreign languages, I did not only read the English translations but also the Greek, Hebrew and Aramaic sources every now and then. I was constantly making notes, which I later reassembled and slightly modified to write the lyrics for this release.”

Though significantly far from being another occult or religious black metal album, Ἕβελ is wrapped in a dark and disturbing aura like only Deathspell Omega and Nightbringer are able to create, a fitting soundtrack to the dreadful lyrical sources. “I was particularly impressed by Job and Ecclesiastes, early examples of Jewish existentialism,” says VOIDCRAEFT. “According to their bleak theology, Humanity is portrayed as the subject of a cryptic God who rewards the wicked and punishes the faithful. The laws he gave to man are ultimately meaningless because he does not care whether we choose to obey or ignore them. Born into an equally meaningless world, we are stuck in an endless cycle of birth, suffering and death, pursuing vain things such as wealth and social status, all of which are but a breath; that is, temporary and ultimately worthless.”
This figurative usage of the Hebrew term for breath or vapour, which is hevel or havel, also inspired the album title: Ἕβελ is an Ancient Greek transliteration of the aforementioned hevel, and it references both the Hebrew and Greek album segments, which represent the Hebrew Bible and the New Testament, respectively.

Aptly described as ‘skin-crawlingly Deathspell-esque’, Ἕβελ comes with a stunning cover painting by renowned Norwegian artist Sindre Foss Skancke which is as elegant and mystical as the music itself.