THE WAKEDEAD GATHERING / ECFERUS Split to be released November 3rd 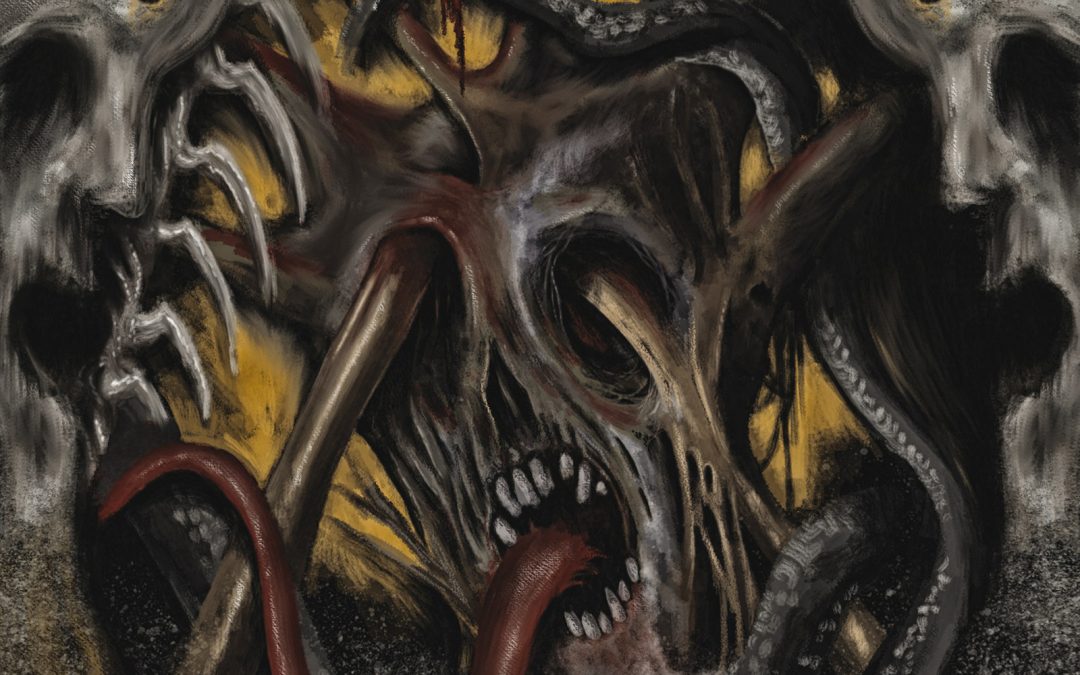 Two US one-man bands, two different approaches… and yet an incredibly cohesive example of underground metal fueled by darkness and madness. Ohio’s THE WAKEDEAD GATHERING have proved to be one of today’s most interesting death metal bands. Perfected through 3 full-length albums ranging from cosmic horror to tales of witchery, their style syringes heavy doses of black metal into the old Immolation/Incantation death metal formulas. THE WAKEDEAD GATHERING’s new track, “The Blind Abyss”, makes no exception, and it’s probably the band’s most epic composition to date thanks to a morphing structure open to all kind of dark and gloom sonic surprises. Dedicated to H.P. Lovecraft, it evokes none other than the unholy Azathoth, the blind fool god that sits in the middle of the eternal nothingness, whistling its horrific tune of cosmic death.

The other side of split sees the return of the Indiana based ECFERUS, here offering 3 brand new songs. Compared to their latest full-length release – “Pangaea”, 2016 – characterized by long tracks and a progressive black metal approach, ECFERUS’ new material is concise, definitely more violent and brutal, and perfectly tuned with a concept dealing with madness and apocalyptic omens. It’s as if the Lovecraftian deity invoked by THE WAKEDEAD GATHERING has finally brought its music to Earth, corrupting minds and inspiring cruelty, murders and moral decadence. ECFERUS’ songwriting is nervous and epic at the same time. The songs twist and turn, shaken by cataclysmic guitar solos, each riff more venomous and evil than the previous one. It’s an escalation of violence that culminates with the last track, “Cerebral Inferno”, an unrelenting black metal number that seals this split album on an epic note.

THE WAKEDEAD GATHERING is:
Drew Lampe – all instruments and vocals

ECFERUS is:
Alp – all instruments and vocals