BLOODWAY to release their new album on November 3rd 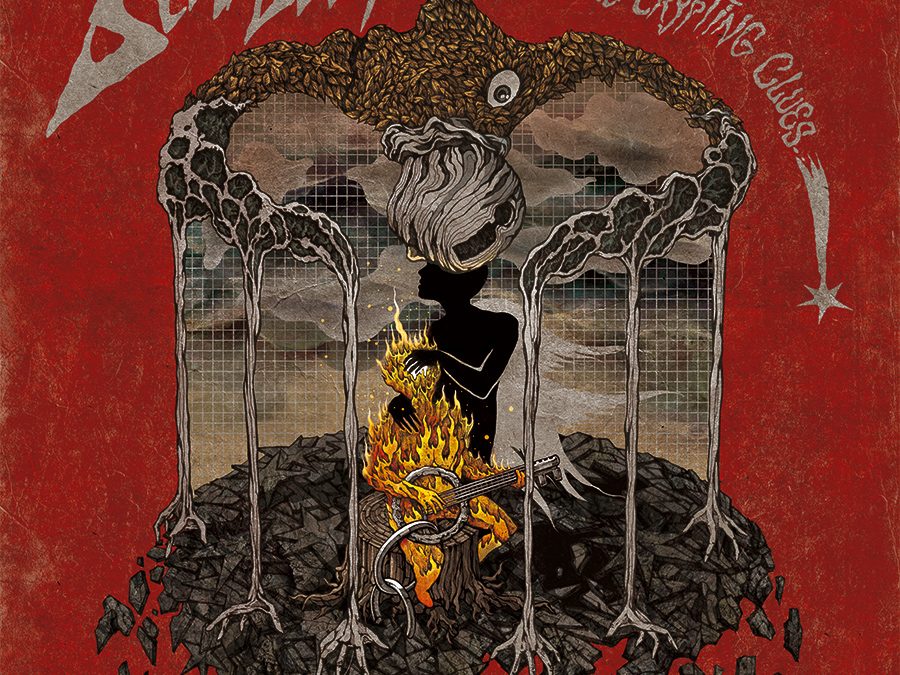 Romania’s BLOODWAY cement their relationship with I, Voidhanger Records by releasing “A Fragile Riddle Crypting Clues”, the closing chapter of a trilogy which started in 2014 with the “Sunstone Voyager And The Clandestine Horizon” EP and continued the following year with the band’s first full-length, “Mapping The Moment With The Logic Of Dreams”. Lead by Costin Chioreanu, one of the most celebrated graphic artists within today’s metal field, BLOODWAY blend black metal, progressive metal, heavy rock and psychedelia in equal parts, forging a very peculiar style that revolves around deep emotions and dark inner visions, exactly like Chioreanu’s surreal art.

“In this new chapter the same character from the previous albums returns to the world of humans, but with a different and larger perspective, animated by his experiences and mental transformations,” Chioreanu explains. “The world is nothing but a prison, with virtual walls risen from the controlled collective intellect, where all the prisoners are locked in by themselves. Everyone is free to go and live outside the so-called system, but nobody really wants to leave the cells for the unknown.” It’s a concept made of disenchantment and melancholy, and yet the album is more aggressive than BLOODWAY’s past material, as well as extremely dark. “In this prison, our character buries his achieved illusions about humanity and rediscovers memories from childhood,” Chioreanu continues; “he is attacked by chimeras, fears imposed by will, but at the same time he reaches illumination by simply accepting reality in it’s complete and horribly deceiving splendor. So he realizes that everything is nothing but a matter of perception.”

From the lyrical perspective, “A Fragile Riddle Crypting Clues” is BLOODWAY’s most introspective record, one that truly investigates Costin Chioreanu’s spirit, as underlined by two intense spoken words recited by Tomas Lindberg (At The Gates) and Mat McNerney (Hexvessel). “I never spoke straight about my personal experiences and personal life the way I am doing now,” he says. “I felt truly free and confident with myself doing this record, and that fueled its specific nature. I think our goal as a band was to bring into this world a very special record, by all means. I am deeply confident that we succeeded.”