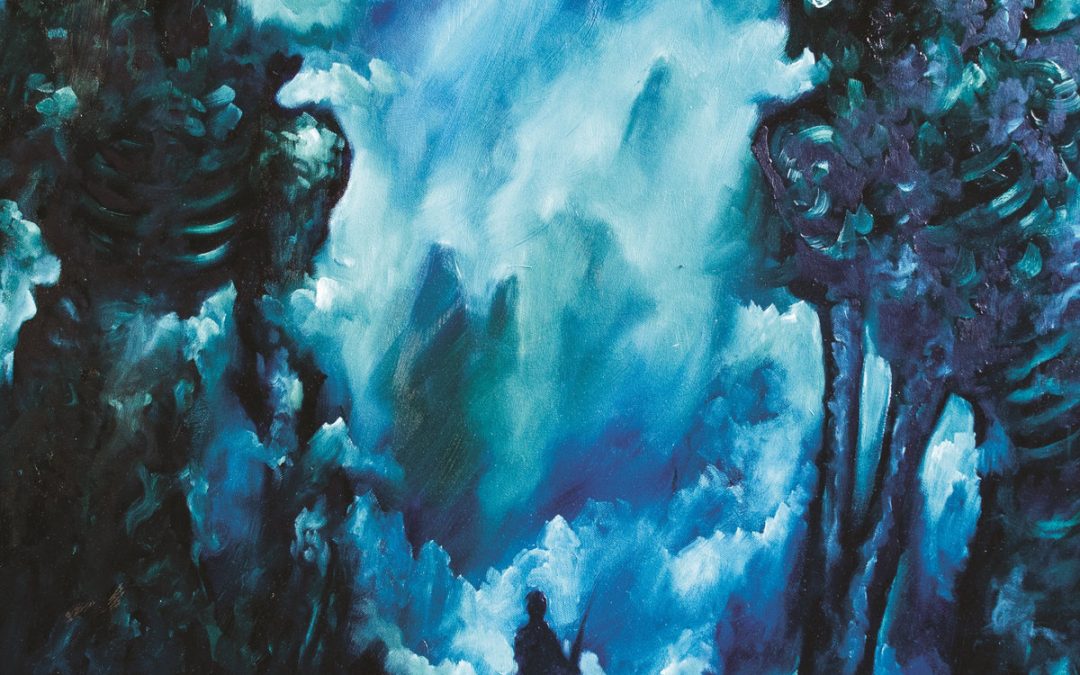 It is with great pride that we announce the signing of a very original French act, Les Chants du Hasard.

The project of sole member Hazard (all instruments and vocals), LES CHANTS DU HASARD will debut on I, Voidhanger Records with their eponymous album, an experimental work featuring a mix of classical music and black metal without any guitar, bass or drums, only orchestral instruments.
“Musically speaking, the album is influenced by orchestral works and operas from composers like Mussorgsky, Prokofiev and Strauss,” Hazard explains. “I thought a lot about how to articulate it with black metal; especially the vocals, which I wanted in the vein of Ulver, Emperor and Ved Buens Ende. Lyrics are written in the form of Les Chants de Maldoror from Comte de Lautréamont, a French author from the 19th century.”

With a wonderful and fitting cover painting by Jeff Grimal, LES CHANTS DU HASARD’s debut will be out early June as a limited digipack with booklet.

Here’s a taste of the band’s unique style: