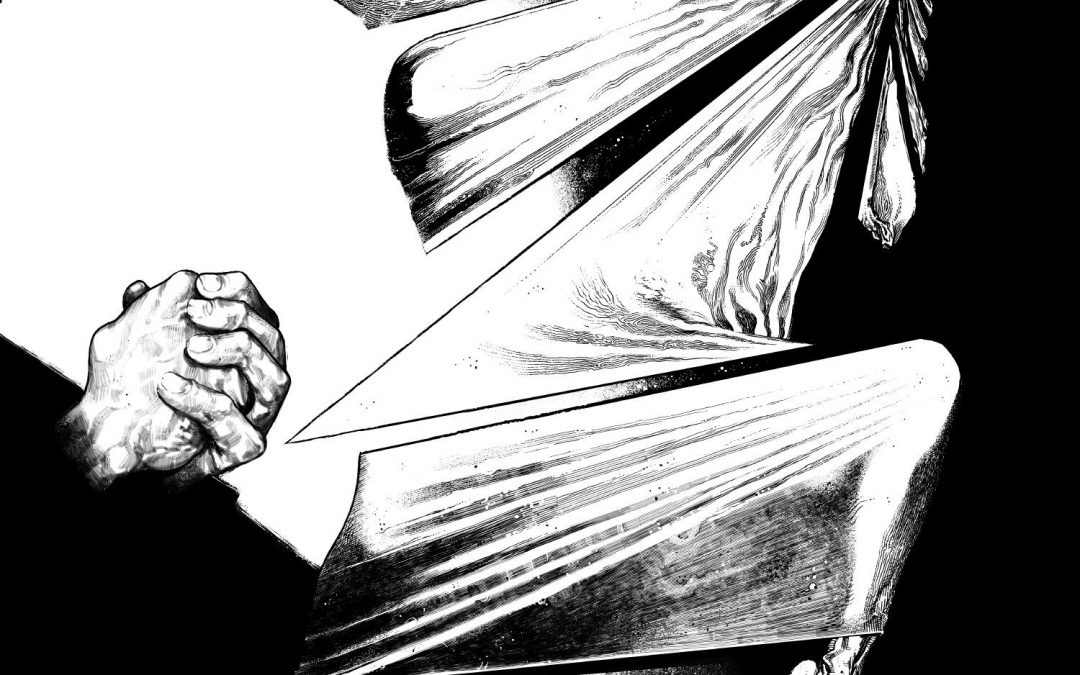 Coming from Greece, LOCUST LEAVES have been an elusive entity for a very long time. “A Subtler Kind Of Light”, the band’s first full-length album to be released professionally, is just the pinnacle of an underground trajectory spent far from the spotlights, cultivating an ecumenical vision of metal that along the years has spawned many quality recordings. Each of them has contributed to cement the nature of a progressive and highly creative project, an entity more interested in exploring new ways of expression than passively adhering to genre conventions or bog-standard styles.

Featuring a couple of illustrious guests, drummer Vorskaath (Zemial Official) and guitarist Ayloss (Spectral Lore), “A Subtler Kind Of Light” is graced by Nick K.’s passionate, spine-chilling vocal performance and by the astonishing talent of multi-instrumentalist/songwriter Helm, also author of the enigmatic album cover and inside artwork. This is the core of LOCUST LEAVES, a duo of alchemists at ease with filtering the savagery of black-thrash metal and the suffocating grip of doom through the emotional, dramatic crescendos of progressive metal and the atmospheric qualities of ambient music.

The lyrical concept behind “A Subtler Kind Of Light” reflects the depth and complexity of the music, amounting to the difficult search for true identity and the necessity to confront society’s rules. “The album is about transmutation,” explains Helm, “it’s about becoming who you’ve always known you had to be – and running against the manifestation of Empyrean law in the process: The Creator, overseeing the Pillar of All Names on which we are all carved in constellations of complicity in the injustice of this world. The cost paid for one’s desire for transmutation is high as the Good Lord mangles one in our name of the many. Logic, catalogue, the power of the archive prevails… Or does it? Even broken and crushed to near nothing, something remains. Something must always remain. A voice, a final utterance of a vague, illogical, recurring consonant/vowel that can’t be pinpointed down or disambiguated with our science: ‘h’. This last utterance turns a fall into flight, and tragedy to myth. A silver soul floats forever through the darkness and towards the more subtle light of the dark star in the sky.”